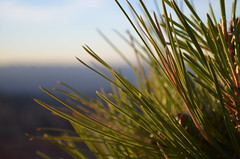 Air Leakage Rating: A measure of the ratebof infiltration around a window or skylight in the presence of a strong wind. It is expressed in units of cubic feet per minute per square foot (cfm/ft2) of window area or cubic feet per minute per foot (cfm/ft) of window perimeter length. The lower a windows air leakage rating, the better its airtightness.

Conduction: The flow of heat through a solid material, such as glass or wood, and from one material to another in an assembly, such as a window, through direct contact.

Convection: The flow of heat through a circulating gas or liquid, such as the air in a room or the air or gas between windowpanes.

Fenestration: A window or skylight and its associated interior or exterior elements, such as shades or blinds. The placement of window openings in a building wall is one of the important elements in determining the exterior appearance of a building.

Gas Fill: A gas other than air placed between window or skylight glazing panes to reduce the U-factor by suppressing conduction and convection.

Glazing: The glass or plastic panes in a window or skylight.

Infiltration: The inadvertent flow of air into a building through breaks in the exterior surfaces of the building. It can occur through joints and cracks around window and skylight frames, sash, and glazings.

Radiation: The transfer of heat in the form of electromagnetic waves from one separate surface to another. Energy from the sun reaches the earth by radiation, and a persons body can lose heat to a cold window or skylight surface in a similar way.

R-Value: A measure of the resistance of a material or assembly to heat flow. It is the inverse of the U-factor (R = 1/U) and is expressed in units of hr-ft2-F/Btu. A high window R-value, has a greater resistance to heat flow and a higher insulating value.

Shading Coefficient (SC): A measure of the ability of a window or skylight to transmit solar heat, relative to that ability for 1/8-inch clear, double-strength, single glass. It is equal to the Solar Heat Gain Coefficient multiplied by 1.15 and is expressed as a number without units between 0 and 1. A window with a lower Shading Coefficient transmits less solar heat, and provides better shading.

Spectrally Selective Glazing: A specially engineered low-E coated or tinted glazing that blocks out much of the suns heat while transmitting substantial daylight.

U-Factor (U-Value): A measure of the rate of heat flow through a material or assembly. It is expressed in units of Btu/hr-ft2-F or W/m2-C. Window manufacturers and engineers commonly use the U-factor to describe the rate of non-solar heat loss or gain through a window or skylight. Lower window U-factors have greater resistance to heat flow and better insulating value.

Visible Transmittance: The percentage or fraction of visible light transmitted by a window or skylight.

RunGreenPower.com will teach you how to build solar & wind power systems for
your home within a weekend.
Check It Now: http://www.rungreenpower.com/2010/08/22/how-to-generate-renewable-energy/>How To Generate Renewable Energy?

Ever Think to Have Portable Solar Panels Installed in Your Home?
A few Ideas To Construct Solar Panels Quickly
Comment