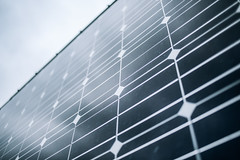 The reality is that while not always as effective as say solar or wind farms, tidal energy is already being used as a form of alternative power. In fact the largest and only one of its kind in Europe is the Rance estuary tidal power station near St. Malo, in northern France. This doesn’t mean there aren’t others, and ones being planned out. Some of these that are proposed sites are around Britain, such as Dee, Solway, and the Humber estuaries, just to name a few. There are also around 20 or so sites that are identified as possible tidal power stations around the world.

What tidal power meant up to just a few years ago was a tidal barage, which is similar to a dam, but on a much bigger scale. These would work just like a hydro electric plant, almost. It is basically a dam that is built all the way across an estuary, with tunnels underneath to let water pass through and power turbines to produce electricity. Each time the tide comes in and out, it would spin the turbines.

There are other ideas for using different methods to harness the seas tides, from underwater turbines, like those used in wind farms, a tidal reef type turbine, which is similar to a barrage but doesn’t block off the water totally, and even vertical axis underwater turbines. While all of these other options sound good, they are barely coming out of the concept stages, and putting them into use is a long way off. The barrage is at this point a viable solution, but has both advantages, as well as disadvantages.

Of course we all know many of the advantages of using these mechanisms for harnessing tidal power. It is a massive amount of energy, for one. It can take over up to twenty percent of other conventional fossil fuel using plants. It is free energy, and causes no pollution, and it can give road access across these estuaries in many areas. However, there are disadvantages that may be more costly.

For one, this energy is not totally reliable, and you would realistically have only about ten hours of usable energy per day. These are costly to build, in the billions of dollars, for such short term energy usage. Because they block off the seas access to an estuary, this could have a negative long term impact on the vital estuary ecosystem, like birds that feed on the tidal flats when the water goes out, since this would no longer empty out as before. There would also be no way for fish and other aquatic animals to have access to these unique bodies of water, killing many species.

While tidal power as an energy source does have a potential for the future, at this point more research and development has to be done to find the best low cost, highly energy efficient way of harnessing the ocean’s tidal powers. There is such a limited availability of viable sites, compiled with the relatively high costs of building barrages, that this is not yet considered a long term source of alternative energy.