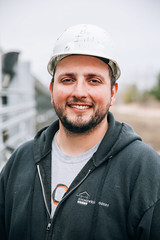 Here are some general interesting facts about solar energy:

Do you know that the global demand for solar energy exceeds than its supply? Solar energy has several uses via its photovoltaic cells for water heating and production of electricity and even drying our clothes.

Solar energy also generates lighting for both outdoors and indoors. It could even be utilized to power cars, for small appliances and calculators and watches. Also, its also widely used to heat swimming pools.

The best thing regarding these facts about solar energy? You can even cook your food with it. That’s why it is fair enough to say that solar power as compared to some traditional forms of energy, is better for our environment.

Want to know more facts about solar energy and its systems?

*A home solar system is usually comprised of solar panels, a battery, a charge controller, inverter, wiring and support structure.

*Solar panels come in a variety of colors to choose from.

*The system typically has a 5-year warranty, though the solar panels are guaranteed for 20 years.

*Solar energy could be gathered and kept in batteries, insulated, absorbed, reflected, and transferred.

*Do you know how long it takes to set up a 1-KW home solar system and how much you would likely to spend on it? It may only take up to 48 hours and it may cost you US$ 10,000. However, it could actually differ significantly and doesn’t take into consideration any
incentives presented by the state.

*Depending on the battery back up, a solar energy system could give electricity 24 hours a day, 7 days a week, even at night time and even on cloudy days.

How about knowing some sun-related facts about solar energy?

*Pollution, clouds and the wind could actually block the sunlight’s rays to reach our planet Earth.

*Our sun is the primary source and supplier of fossil fuels (non-renewable) such as petroleum, coal and gas, that started existence as animals or plants whose energy originated from the sun millions of ages ago.

*Solar energy is likely the one causing currents in the oceans and weather and climate patterns.

And some not so known facts about solar energy which you may find interesting:

*Shell Oil foresees that by the year 2040, 50% of the global energy would come from renewable sources.

*Did you know that the appliance which consumes the most amount of electricity is the electric oven? Only followed by microwaves and central air conditioning. Do you think it’s about time you use your electric ovens more sparingly now?

*In only 1 hour, more sunlight falls on our planet than what is consumed by the whole population in a year.

*Calculating for just about 5% of the global population, Americans use 26% of the world’s energy.

*Nearly 2 billion people on earth are presently without electricity. So you can just imagine how lucky enough that you are not one of them.

Solar energy definitely has its benefits like reducing your home energy costs and not to mention caring for the environment. Obtaining usable energy from the sunlight has been used for centuries by modern technologies and there’s no reason why we should not give it a try. And these facts about solar energy are out to prove that it’s easy to set up, plus, it’s not expensive. It’s a great way to illuminate your backyard or your garden. If you want functionality + affordability, then you should check out Total Solar Energy for your solar energy needs.

Portable solar panels! Let’s save energy resources of the Earth.
Solar Energy For Homes Will Be Standard In The Future
Comment