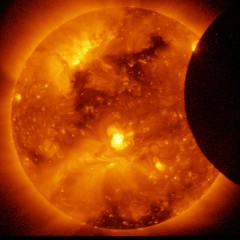 With global warming playing a number on the environment and the gradual depletion of the non renewable sources of energy, there might soon come a day when the production of energy would become a tedious task. Hence what needs to be done is to “exploit” the inexhaustible sources of energy and what better than to be able to utilize the biggest source of energy in the universe, the sun, in the form of solar thermal energy to your benefit.

The solar thermal energy, as the name suggests, is a technique which works on the basic principle of harnessing the energy of the sun and generate power from it. The future for this energy generation concept is very “bright” as the sun is an inexhaustible source of energy and it would never run down. The solar energy is a very efficient and pollution free mode of energy and is today used for multiple purposes and applications.

Now the biggest catch when it comes to utilizing the energy of the sun for the production of power is to be able to “capture” it. This is done with the help of a concept known as a “hot box” which is also known as a solar collector. The solar thermal energy can be harnessed when the energy produced by the sun is collected by a phenomenon known as the “greenhouse effect”. What happens is that these solar collectors allow the energy to come into the box, but doesn’t allow it to leave. Hence, during the day the energy is collected and stored, which keeps increasing the temperature, and it can be used for different purposes later on.

It is an inexhaustible source of energy generation.
It is pollution free which is elementary in protecting the environment.
Once installed, it is very cost effective on maintenance.
The uses also include cooking, heating and power production.

As the solar thermal energy is such an important and clean source of energy, it truly is an indispensable entity for energy generation in the future.

Grantuk.com is a manufacturer and supplier of new generation efficient heating products like Solar PV, Solar panels and Solar Thermal systems in all over UK.

Photovoltaic Effect, Solar Cell, Alternative Energy
The Many Advantages Of Solar Energy For Your Home
Comment