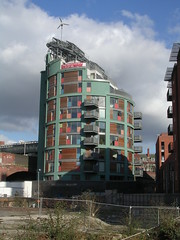 Solar panels have been around for over fifty years. Now, as the technology of solar electric panels has moved forward over recent years, they are seen as one of the principal sources of alternative energy.

What are the benefits of solar panels? ? They are a source of renewable energy ? They provide an self-reliant source of electricity ? Solar panels are non-polluting and cause no damage to the atmosphere ? Once a solar energy system has been installed it is a free energy source ? Solar cells require very little maintenance as they have no moving parts ? Solar panels can last a lifetime. ? In some countries government grants are offered to encourage the fitting of renewable energy sources for your home

The only real problem is the high initial cost. Solar panels are quite expensive to buy and have installed. The savings gained by having a solar energy system installed in the home accumulate over about 10 years to repay the cost of the solar energy system. Once the system is paid for your electricity is essentially free.

How do solar panels work?

How much power do solar panels generate?

The efficiency of a solar panel, and how much energy it produces, depends on the climate, weather and number of daylight hours of the location where it is installed. They produce most energy when exposed to direct sunlight in clear skies but will also produce a reduced amount under cloudy skies. All PV solar panels are affected by heat. The hotter the solar panel, the lower the power output (20% to 40%). This means that power generation can be higher in winter than summer despite the fact that the sun is lower in the sky.

Solar panels are generally labelled with their peak power output – this is the maximum power (measured in watts) that the panel can produce in full sunlight. Work out the power produced by finding out the number of ‘peak sun hours’ your location receives each day, then multiply the watt rating of the solar panel by the number of peak sun hours. Sun hours will differ by season with the lowest being in the winter.

Solar panels are an investment in the future. You can look forward to your own independent power supply and once you have paid off the cost of installing your solar power system you will effectively have free electricity. With ever rising electricity prices that can’t be bad.