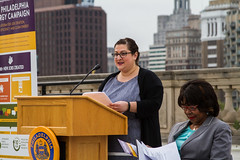 Solar electricity for residential houses is nothing new. It has just been relegated to the background in lieu of rising cost of real estate; newer more advanced building materials, design and the limitation of resources.

Since man started building homes, sunlight played a major influence in the design. In fact, even in the more advanced urban planning method of the Ancient Chinese and Greeks, the orientation of the buildings is as much as possible directed towards where it could capture the most sunlight.

The ancients might not be as intellectually sophisticated then to use catch phrases as passive solar and thermal mass but when they build, they were building in compact proportion, employing overhangs, producing insulations and building in manners that direct the airflow within the structure and producing well lit, well ventilated spaces using the relative position of the sun to the orientation of their structures.

Lately, as the conventional sources of energy became more expensive, homeowners were once again turning to the sun for energy requirements.

Since the 1950â²s, harnessing the sunâs rays has been developing and today the solar cell technology has achieved very efficient levels that modern (so-called green house) designs apply the sunâs power to provide energy for the home.

While solar energy is free, the device that will convert it to run our appliances is not. To provide solar energy for the home, solar cells called photovoltaic made from semi-conducting materials, are grouped into modules. These solar panels are mounted on rooftops, yards or open spaces where it can capture the maximum amount of sunlight.

Whenever possible, the panels will be installed facing south to get the most out of the sunlight but tracking systems are also used to follow the direction of the sun. The solar panels collect the energy from the sunlight. The process basically is that when the panels are exposed to sunlight, the electrons are separated form the atoms. This movement of the electrons creates electricity.

To store power, pumps are often used â circulating water in the cells. The water goes into a storage tank where the power is stored, ready for use. Sometimes, the use of gravity is employed if it will just the same store the heated water in to the tank.

In spite of all the development in solar energy though, the use of this technology is not enough to provide power to the whole house. The best method so far can only fulfill about 80% of a households power needs. The employment of solar energy for the home will still require the use of the conventional power distribution method.

Powering the homes by solar means will still, for a while be augmented by a local power distribution agency. To many, this is already a good starting point. Homeowners that feel that the high cost of powering their houses through solar power, is justified when compared to the price that is now being paid for conventional electrification method where horrendous amounts of CO2 are being dumped into the atmosphere just to generate a pitiful amount of electricity.

However, due in part to the rising costs of energy, the technology for solar energy has been undergoing rapid phases of development. Experts are confident that within five years, powering the home through the solar method will be made widely available for those who prefer it as its sole energy source.