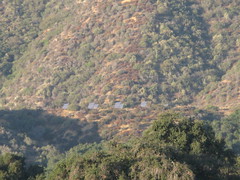 In the light of our global power shortage, it seems that many businesses are looking into the possibility of solar power becoming a household name. With such an infinite supply of energy, it has the highest potential to provide us with an efficient and environmentally safe alternative for electricity.

Solar energy companies of today are currently trying to solve several of the limitations relative to the use of solar power with the expectation that in doing so, the scope of its use can be widened. One of the latest developments has been the discovery of molten salt technology to address the concern of storing enough of the sun’s energy for use during the night and over long periods without sunshine.

Simply put, molten salt refers to salt that is in the liquid phase that should normally be in solid form at standard temperature and pressure. This product has been around for quite some time now and is used in other processes such as the manufacturing of steel and aluminum. But just recently, scientists discovered more of its characteristics that make it applicable and valuable to solar power technology.

These attributes include molten salt’s ability to attain very high temperatures (over 1000 degrees Fahrenheit), conduct electricity, and most importantly, the fact that it has good heat transfer properties.

Two notable solar energy companies in Italy and Spain have banked on this high-tech principle and built concentrated solar power plants that use it. The scientific explanation behind this innovation is that since the molten salts only melt at high temperatures and do not turn to vapor until they get considerably hotter, they can be used to store a lot of the sun’s energy as heat. The molten salts are then situated in proximity to water via a heat exchanger. The hot steam from the water can then be made to turn turbines without losing too much of the originally absorbed solar energy. With this efficient storage of heat and production of energy, the power plants that use this technology can produce enough electricity for almost eight hours after the sun has set.

Another salient point of this breakthrough is that it is environmentally friendly. The components of the salts used are sodium and potassium nitrates–the same elements in fertilizers. This means that even if the power plant were to spring a leak, it would have no consequential negative effect on the environment or human life.

The only drawback of the molten salt technology is the building cost. To be able to maximize the heat storage and generate full electrical capacity, an immense power plant has to be built. The one in Spain is 126 hectares long. Aside from the factory itself, there is additional expense for the molten salt storage tanks. In total, the Andasol 1 power plant in Spain and the Archimede plant in Italy cost around $ 380 million dollars each.

Despite the expense, molten salt technology remains a quantum leap for scientists and solar energy companies in the aim to bring solar power to a wider population by providing a solution to the challenges related to it.

The author fully believes that solar energy companies hold a lot of promise for power generation and sustainability. Visit http://solarenergycompanies.info for more information on how you can give your share towards a better future for our children.

Raffy Chan is a writer and internet enthusiast, based in California. He enjoys doing research, writing, and website/s creation. He is the originator of the QuidErgo Group: a community of professionals, authors, artists and computer enthusiasts who come together with the common aim of communicating with the online world.