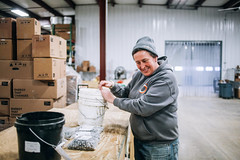 Over the last 100 years, electricity has provided the means of opportunity for the greatest developments and improvements known to mankind. New technologies and inventions are constantly being developed with a dependence upon electricity. As the growth of the worlds economy increases so too does the exponential demand for electricity. Today, electricity has become a commodity we cant live without. In the past, fossil fuels like coal and oil have provided us with the necessary resources to produce our own electricity with the use of generators in power plants. Since the recognition that these fossil fuels were not limitless and possibly dangerous to both the environment and the inhabitants of Earth, an increased demand for new research has led to the development of safer and cleaner energy sources. One such energy source is solar power.

Solar electricity systems use indirect and direct methods of harnessing the energy of the sun. Direct methods use photovoltaics, commonly known as solar cells, made from thin slices of crystalline gallium arsenide, silicon, or other semiconductor materials to convert solar radiation into electricity. By connecting large numbers of these cells into panels, the cost of photovoltaic electricity has been reduced to 20 to 30 cents per kilowatt-hour. This technology has long been used in providing electrical energy to satellites that orbit the earth and observing satellites in the depths of space. Solar electricity systems provide a long term and sustainable energy resource because of the non-existence of mechanical parts, which is unlike the situation with power generating power plants. However, the efficiencies of these cells are relatively low and also dependent on the time of day and seasonal changes. Solar electricity systems need to convert the DC voltage into AC compatible supply in order to be used for commercial and home use.

Indirect methods utilize the concentration of solar radiation to focus the energy to heat or boil certain liquids like water, to power turbines and eventually produce electricity. One common technology is the use of a parabolic trough which consists of a linear parabolic reflector that concentrates solar energy into a receiver positioned on the focal line of the receiver. In the focal line of the receiver, tubing connected to the turbine is filled with liquid to absorb the heat generated by the concentration of the solar energy. Solar electricity systems such as this have higher efficiencies because the heat of the sun is directly utilized. Moreover, other technologies extend the efficiencies by utilizing solar power towers and solar dishes.

We have experienced the benefits of fossil fuels and realized its negative consequences. Moving the trend towards the use of sustainable and cleaner energy is a must in ensuring life on earth. Plants have harnessed the solar energy even before humans ever existed. Why cant we replicate its ability to take the energy from the sun when we are more intelligent beings? We must stop digging the ground and oceans and start looking to the sky above. Solar electricity systems provide the means to achieve this goal.

Theres an amazing new discovery when it comes to a SOLAR ELECTRICITY SYSTEM. This something that has never been seen before, and its pretty amazing. It works in every home and it requires only a small amount of space. You can eliminate your power bill by a huge percentage or even completely, depending on how you implement the magniworks generator. Works in all conditions, can work in extreme hot or cold without any problem. The Material needed to build the magniwork generator is cheap and easily accessible anywhere in the world.