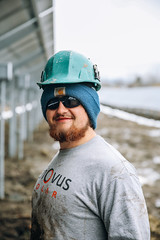 With people becoming more and more concerned about the environment and more aware of the damage certain industries are doing to the environment the need for alternative energies has heightened. One the most popular alternative energies is solar electricity as it is environmentally safe, does not pollute the air or water, does not contribute to acid rain or global warming, does not create smog, and it is very dependable (well as dependable as the sunshine is).

The benefits of it to Australia and to individuals are numerous. By choosing solar electricity at your home you will not only make a difference to the environment but also to your bank balance. Once your solar panels have been installed by an industry professional it is almost free; solar electricity is renewable, meaning it won’t run out- as long as the sun is shining your solar panels can produce electricity; it is completely environmentally safe and does not produce any greenhouse gases; it is very useful in remote areas where access to usual electricity is difficult, and in Australia that is very common; and lastly, Australia has a lot of sun, we may as well take advantage of it.

The only two negatives involved in solar electricity are:

1. The initial costs can be a lot, but with a government rebate this can be minimized and,

2. Solar electricity relies on sunshine, if the day is overcast or cloudy it will not work as well.

Australia is one of the highest producers of greenhouse gases in the world so the importance of solar electricity, which produces no greenhouse gases, is growing everyday. Unfortunately we have been slow adopting renewable energy sources in an effort to reduce this environmental problem- It has the potential to prevent the release of 500 tonnes of greenhouse gases into the air each year!

The installation of solar farms in country NSW is also able to produce enough electricity every year to power up to 100 homes- which reduces pollution and helps the environment.

Solar Switch Australia, a leader in the solar power industry, aims to make solar power a viable, affordable option for hundreds of thousands of households across Australia. Solar Switch wants to help you and help the planet, while saving and even making you money through solar electricity. Give them a call today on Ph: 9401 0011 or read more about Solar Switch on their website at: http://www.SolarSwitchAustralia.com.au