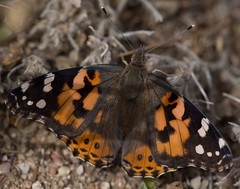 There is a nice little program the Government is offering as an incentive to get homeowners into the going Green movement. The government has tried to encourage both businesses and Homeowners to get involved in saving energy. There is a new incentive for homeowners to go green these days in some areas.
The government is offering a tax incentive in some areas for people that are getting new roofs to use energy efficient shingles and roof systems. The amount the Government is applying to the tax credit depends on the area, but some places like Arizona are offering some 1500 dollars for homeowners to go green.
The energy efficient shingles work by reflecting solar energy back into outer space, or so the theory states. There is one of the leaders in the Obama administration that is saying everyone on the planet should go energy efficient. One of the leaders of Obama’s energy department has research suggesting that if everyone in the world painted their roofs white that it would be one of the best strategies for reducing carbon emissions to date.
It is an interesting thought, Although it would be tough to prove. But some of the theory suggests that reflecting solar radiation from the suns rays by painting the roofs white would slow global warming. Sounds good in theory, but that would be really hard to prove.
There are definitely some roofers that do not agree. Painting your roof white will void most any warranty, and it really may not be that appealing to look at. California is experimenting with different shades of shingles besides white that can be classified as energy efficient.
If you would like to see if your state or city is offering this tax incentive call your local municipality. Some of the programs are only good for a limited time so check fast.

Solar Energy Home – An Approach To Greatly Reduce Your Monthly Expenses
Homemade Energy ? How DIY Solar Power kits Can Save You $1000?s
Comment