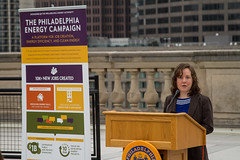 Although there is now a wide variety of materials being used in solar cell technology, silicon, and its own variety of forms, remains the most reliable and affordable solar cell semiconductor material. Even with the steady development of third-generation solar technology, first-generation materials such as silicon are still being developed in progressing home and business solar energy systems.

The reason is quite simple: silicon is abundant and efficient in its job. These factors ensure that it is neither expensive nor wasteful for you or I when we switch from on-grid electrical supply to solar power. Of course, things have changed since the early years of commercial solar technology, when silicon wafers were twice as thick and lasted only half as long as the modern versions. The efficiencies were much less too, with the energy used in manufacturing a cell often greater than the energy generated by the cell over its lifetime. Nowadays, some thin-film solar cells (second-generation technology), which can half a lifespan of up to 30 years, can match its energy cost within one year.

The silicon used in solar cell technology today is not pure crystalline silicon, since in its pure form silicon is a poor semiconductor of electricity. That’s why some impurities are added to make it efficient in converting sunlight into electrical energy. If you know about the chemistry of solar power, you’ll know that electrons and their movement are all-important, but crystalline silicon doesn’t allow its electrons to move much. By adding impurities, such as phosphorous, electrons start moving and energy is created. Silicon ‘doped’ with phosphorous is called N-type silicon (it has a negative charge), while silicon doped with boron are called P-type silicon. It is to P-type silicon that N-type electrons move to.

This is all very interesting for the scientists amongst us, but if you are just beginning to consider solar power as an option, you’ll want to know what the best silicon solar panel to choose is. Well, first-generation silicon cells are wafer-based cells, which means that the silicon is sliced into thin wafers and layered on top of each other. Single junction cells comprise layers of N- and P-type silicon that create energy between them. These are still the most common form of solar cells, and are generally rigid and large.

Second generation thin-film solar cells are less cumbersome and boast a larger efficiency, but are constructed using very different techniques. In essence, the semiconductor material used is in even thinner strips than can be achieved in wafer technology, with Vapour Deposition one of the most effective forms of laying the material on a substrate. Silicon is used here also but in other forms, such as amorphous silicon, which does not retain its crystalline form, or micromorphous silicon, which is a combination of microcrystalline and amorphous silicon. Microcrystalline silicon can absorb a broader range of light and the combination with amorphous makes it extremely flexible. Now, it is possible to use this technology to simply ‘print’ cells, making production costs much lower.

Third generation silicon solar cells look set to move away from the dependence on silicon as its semi-conductor, with multi-junction solar cells set to become the chief type. However, for the time being at least, this generation is out of reach in terms of price for the commercial market. While the Germanium layers and Gallium Arsenide layers have been made viable, the third layer of Indium Phosphide is still being developed, but still the cost is too high for your or I to worry about it.

It can be a little daunting reading on the technological developments and histories of the silicon solar cell, but there is a very simple fact to remember: that’s the area for the scientists to worry about. For us, it remains a question of efficiency and affordability. Realistically, silicon solar cells will remain the chief option on the market for us and with efficiency rates of up to around 15%, there is a lot of money to be saved by switching to solar power.

Read more about solar power generation here, including advice on the best solar panel for your home.