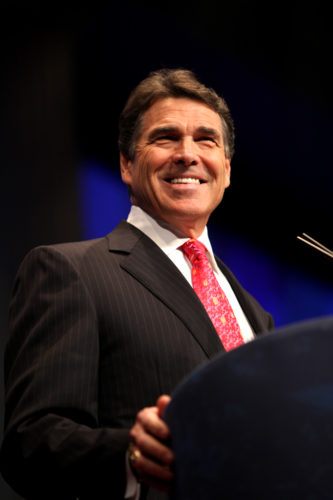 Former Texas Governor and “Dancing with the Stars” contestant Rick Perry was confirmed to lead the Department of Energy on Thursday.

He won the vote of all Republicans and 10 Democrats, but will he win over the solar industry?

“As Governor of Texas, Incoming Secretary Perry clearly showed that he has an appreciation for renewable energy and infrastructure. We look forward to working with him and his staff to implement policies and programs that take advantage of the job-creating, economy-boosting opportunities that solar energy presents to all of America’s communities. Last year, solar was the largest new source of electricity capacity and now provides 260,000 Americans well-paying jobs.”