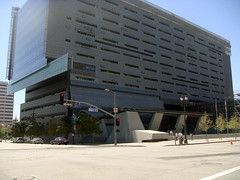 The traditional fossil fuel energy sources have resulted in considerably increased the amount of greenhouse gases in the atmosphere. This, in turn, has resulted in global warming in large degrees. Indeed, most countries of the world perceive this issue with grave concern, and are unanimous in their opinion that the amount of greenhouse gases in the atmosphere has to be brought down. This can be done by using only solar energy as the source of generating electricity. In fact, America has really shown great zeal in this regard. The government of the US is encouraging every family to utilize solar energy in their homes. The California Solar Initiative-organized “Million Sole Roofs program by 2017” provides great incentives so that every home starts using solar power by 2017. Such steps have, unfortunately, not been witnessed in other countries.

There are two major ways in which residential solar energy can be made available to homes. Either, the conventional method of setting up solar panels at strategic points can be adopted. These panels would receive sunrays for the majority of the day. Alternatively, the basic structure of buildings (in which the solar panels form a section of the edifice) can be altered as well. In case the conventional method of using solar panels is adopted, detailed discussion of the types of photovoltaic cells (of which the solar panels are made) is required

First, the Crystalline Silicon Solar Cell panel is provided with a Tedlar back layering, has a surface made of transparent plate glass, and consists of an ethyl vinyl acetate (EVA) encapsulate. These components are kept in order by the outer frame, made of aluminum. Such an organized array of atoms helps in the conversion of sunrays to DC current, as soon as the rays strike the former. The inverter present in the system then automatically converts this to usable 120 volts of AC current. A battery bank is also provided for the storage of any amount of current that remains unused. In case the solar panel is grid tied, theses surplus amounts of electricity are sold of to local utilities in exchange of cash.

Lesser amounts of semiconductor material go into the manufacture of the Thin Film Solar Panel. Consequently, these solar panels are cheaper as well. Three primary formats are used in the mechanics of this panel. They are: a) amorphous Silicon (a-Si), b) cadmium telluride (CdTe) and c) copper indium gallium diselenide (CIGS). All of these modules count high on efficiency measures. They can also improve the modular effect of a house, since these panels can be directly setup on the roof shingles.

At times, a combination of the previous two types of solar panels – the crystalline silicon panels and the thin film ones – are used. Such composite solar panels, known as String-ribbon, can be used to produce residential solar power. A two-fold energy yield is obtained in these panels, when compared to the traditional ways of creating solar cells. This is made possible by a molten process that takes place at high temperatures.

The photovoltaic cells that make up the solar panels also need a mounting structure that would be flexible in nature. This structure would make sure that enough sunlight is being captured and turned into DC current. 120 volt usable AC power is obtained by passing this DC output through an inverter. In order to take in the reserves of unused electricity, appropriate storage devices are present. This surplus electric current can ideally be used at night. The battery is kept functioning at an optimum level, via the application of an easy-to-use controller.

Solar panels that use photovoltaic cells should ideally be grid-tied. This provides two special added benefits. Firstly, enough power can still be drawn even when solar power generated is low (when the skies are cloudy) or nil (at night). Secondly, and probably much more importantly, the users can send back the surplus power to the utility/grid that had been generated by the system. This now becomes saleable power, and results in significant reductions in electricity bill amounts. In fact, the money earned via selling these unused amounts of current often tends to offset the money actually needed to be paid as electric consumption charges.

In homes located in desolate areas, or forest log cabins, or in the tents present in the woods, off-grid residential solar power is utilized. These plants are basically standalone devices, and require battery back up for drawing adequate power during the night, as also when the sky is cloudy during the day. If other fuels fail to deliver adequate power, diesel, gasoline and/or propane can also be used in these hybrid off-grid photovoltaic solar cells.

There are absolutely no working costs when one uses solar energy. Sunlight is available in abundance and is free too. In addition, attractive incentives are being showered by federal and state governments to encourage the usage of residential solar energy. Thus, people should ideally utilize solar power for domestic purposes.

However, it is advisable to study an instruction manual before actually starting to use solar energy at home. Such a manual would provide instructions on the setup of the system and the place where it would work. Queries regarding the availability of free batteries as well as other parts (at relatively low prices) can also be solved by studying this manual. The manual would also describe the use of wires and the recommended safety measures. Once such knowledge is acquired, you can easily set up a residential solar power system at your home.

Jim Martin is a researcher, inventor, home energy consultant and author of the #1 best-selling e-book, “Earth 4 Electricity- Renewable Energy Made Easy”. Jim has written dozens of home energy related articles and has been featured in ezines and print magazines, as well as on hundreds of websites worldwide.
To Learn More about Jim Martin´s Unique Step By Step Solar and Wind Power System Visit: Solar Power