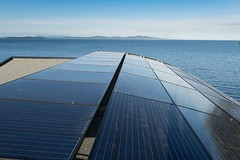 Renewable energy systems – Everything you need to know

With the rapid decrease in the supply of conventional energy sources such as those that come from fossil fuels, it has not been a wonder that more and more people are making use of renewable energy systems in order to keep up with their needs. These are types of energy systems that are harnessed from nature. This means that they are constantly replenished and has the possibility of never ever running out. These characteristics have made them even more desirable as compared to that of conventional energy sources.

As is said earlier, renewable energy systems get their energy from nature. The most common of these natural sources include the sun, water, wind, and geothermal. The current state of science and technology has even enabled man to harness energy from waste materials. This has led to a bigger supply of energy that will be able to accommodate the growing needs of the world in the years to come.

Of all the sources of renewable energy systems, water is considered to be one of the most commonly used form of renewable energy source. This is why it comes in various kinds. There is the hydroelectric energy that is acquired from large river dams. This is usually found in large river systems that have a high volume of water. This is then used to provide kinetic energy, which is then used to produce electricity. Other forms of water energy systems include those that utilize the energy of waves and those that make use of the energy of the tides.

Another common form of renewable energy is the one that is derived from the sun. Solar energy, as it is called has been in use since ancient times way before complex forms of technology has been invented and developed. People have been using it to give light and heat to their homes and to even cook their food. Now, it is being developed so that it will be able to provide electricity to a large number of homes. Various methods have been used to harness it effectively the most common of which is through the use of a photovoltaic cell. This is a type of a cell that contains a special chemical that traps the sun’s energy so that it can be converted to electricity.

Aside from the first two, renewable energy can also be derived from the wind through the use of wind farms. It uses the same principle found in hydroelectric dams to convert the wind energy to kinetic energy and then to electricity. Geothermal power is also a good form of renewable energy system. This, on the other hand, makes use of the heat from deep inside the earth to produce electricity. Various methods are used to do this like harnessing the steam that naturally comes out of fissures on the ground.

If developed even further, renewable energy systems can easily supplement all the energy needs of the world today and tomorrow. This will eliminate our dependence on fossil fuels, which has been providing as many harmful effects as its useful benefits. Aside from that, it can help in lowering the costs of providing power and energy to the world and even help in saving our environment.

Robert Gilli is a top authority in using solar energy and living off the grid.

Haining Yuan Flower: Energy
How to Make Solar Panels and Save Yourself Money
Comment