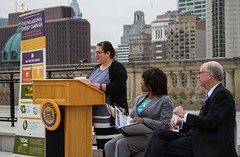 PV solar panels were actually developed to provide electricity for missions in space. They are now used in over 100 countries and are the fastest growing source of natural electricity in the world.

London has decided to unveil their new solar heating and cooling program that would create 25,000 green jobs generating over $ 2 billion in revenue. New York has plans to become Americas leading cities in solar energy use. Many other countries and cities are following the example of these great leaders.

The word photovoltaic has two parts. The first part is photo which is the Greek word for light and the second part of the word is volt which relates to electricity.

Semiconductors such as silicon are the most commonly used photovoltaic cells. Sunlight hits the cells and is absorbed into the semiconductor material. The absorbed light is then transferred to the semiconductor loosening electrons, allowing them to flow freely creating energy that is turned into electricity. Electricity is used to power anything from a laptop computer to a cellular phone.

Modules are a group of cells fit into a frame connected electrically (known as a solar panel). Depending on the quality and production of the solar panel, the amount of electricity generated varies. Physical wear can reduce the level of operation and efficiency. Modules are used to release electricity at the desired voltage. One of the most common is the 12 volts system. Currents are produced depending on the amount of light that hits the module.

More and more people are aware of the importance of using renewable, natural resources like solar energy. PV Solar Panels come in all shapes and sizes. New designs and models come out every year. There is much to look forward to in the world of solar energy. Technology is booming and the advancements in this field are excelling daily.

Prices and information about Solar Power and PV Solar Panels.