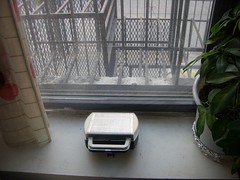 Homeowners are rightfully concerned about the path that energy costs are taking. Expected to rise year after year, this is no end in sight for how much they might cost even ten or twenty years from now. Not only are our energy needs rising at a fairly predictable pace, but developing nations’ energy needs are absolutely skyrocketing.

A Matter of Climate and Finances

There are many reasons for using a home solar power system. Some people choose financial stability. Once you install such a source of energy, you will never have to pay for it again. Once you have it, you reduce or eliminate your dependence on the power grid, and if you produce excess electricity, you can actually sell it back to the power company for a small profit. Other people point to the environment.

Solar power is clean. There is no other way to describe it, because it produces absolutely no pollution. At its very cleanest, natural gas, oil, and coal are still very dirty and bad for the environment. In fact, there’s not a single “clean coal” power plant in the United States today.

Also, fossil fuels are limited, and eventually, they will run out if we keep on using them. It would be best to make the switch to renewable energy sources today instead of tomorrow when those fuel sources do run out to avoid a small catastrophe as billions go without power. You can protect yourself from that potential future by installing a home solar power system.

Financially, you will save thousands or tens of thousands of dollars over the life of the home solar power system. After about ten years, the system will have paid itself off, and you’ll start seeing net savings. Other perks like tax credits help to soften the financial blow of one of these solar power electric systems right off the bat.