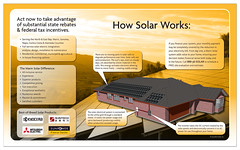 PlannetSolar, a 31-meter-long catamaran equipped with photovoltaic panels, made it first appearance in Kiel, Germany and has become the largest solar powered boat across the globe. Moreover, the PV-bedazzled boat was introduced at Hamburg port’s 821st anniversary celebrations in May and had to undertake testing during the summer before beginning on a universal voyage to catch solar energy. The boat was constructed at the Knierim Yacht Club in Kiel in the North of Germany with the height that can be expanded up to 35 by 23 meters as the flaps at the stern and the sides are extended. In addition, the deck has the area of 500 square meters of solar panels with the cockpit which sticks out from the top. The solar-powered vehicle is also manned by two crew members while the catamaran can contain up to 50 people on their world voyage. Also, this boat run by solar energy is anticipated to be the most widely-used concept one for travelers. Let’s take a look at the largest solar-driven boat via the following detailed images:

The 40,000-km world voyage will begin in April 2011, and the boat is expected to cross the Atlantic from Europe through the Panama Canal, the Pacific to the Indian Ocean, and through the Suez Canal into the Mediterranean Ocean. Along the way , the boat can take a rest in New York, San Francisco, Darwin in Australia, Hong Kong, Singapore, Abu Dhabi, and Marseille in southern France.

To maximize energy use, the PlanetSolar engineers have enhanced a solar route simulator. Thus, at an average speed of 7.5 knots, the boat is equipped with adequate energy stores to travel for three days without sunshine

The form of the boat is shaped at the Knierim boatyard

A computer-generated photo of the PlanetSolar solar-powered boat Türanor aimed at traveling 50,000km around the world

Two helmsmen Raphaël Domjan (right) – the initiator of the project – along with Gérard d’Aboville, the first man to row across the Atlantic stated that this boat showed the design of the most environmentally friendly means of transport

Energy management is the main challenge for the crew because they have to maximize exposure to the sun as considering such elements as wind, currents and waves

Are SolarPoweredVehicles in Our Future?