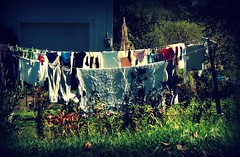 Sunny on the bright, sunny known as China’s second city of Panzhihua, the proportion of the family to use solar energy as much as 60%, is the best city in the country using solar energy. Recently, the Panzhihua city government a report entitled “Solar Energy Utilization in Panzhihua City and Industrial Development Planning” was released this year, the Panzhihua city in 10 years to create “national solar energy application demonstration base”, then, the city’s solar energy output is estimated to reach about 10 billion yuan.

Status 60% of the family use of solar energy

Wen Qing Mao is the Panzhihua Iron and Steel Group, an ordinary worker, every day in high temperature work, work is always a bromidrosis. “Every home, the first thing is to take a bath!” Wen Ching-mao said that before he used the power Water heater “There are a water heater leak, I was almost knocked down! Have safety problems with gas and do not Environmental protection Or solar energy good! “Wen Qing Mao said:” Panzhihua hot, summer day to take a bath, a bath at least two days in winter, electricity or gas water heating family, cost 2 yuan a day, using solar energy only for the first time into 1000 ~ 2000 dollars, it is really cost-effective. “

It is understood that the same as Wen Qing Mao members of the public use of solar energy in Panzhihua City accounted for 60%.

Tan who is a love of Panzhihua City, socioeconomic, and Township, a farmer, “low carbon” What is the concept that he did not know, but from 2009 onwards, his house and installed gas Solar water heaters He felt that they worry and money, “this is the ‘low carbon’ life ah? That I strongly support!” Yan Xinfu village where there are 200 villagers, more than 1,000 people, 30% of people were using solar water heater . In the Panzhihua rural, 20% of farmers use the Clean Energy .

Recently, Panzhihua city government a report entitled “Solar Energy Utilization in Panzhihua City, and the development plan” came out, “development planning”, in the next 10 years, Panzhihua will be built into the “National Demonstration Base of solar applications.”

“According to the plan, 10 years later, Panzhihua, 80% of urban households ‘sun shower’, this is only a small portion of low-carbon life!” According to the staff of the municipal economic commission in Panzhihua, Panzhihua City, also developed in 2010 ~ 2015 and 2016 to 2020 solar energy use and industrial development goals.

Heavenly respect the cut so you get to vote Automotive Award