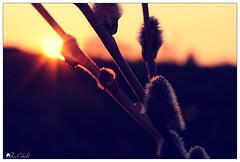 Perhaps hard to believe, when looking at the worlds current environmental concerns over global warming, but green energy history dates back many centuries to when man first used a piece of glass and the sun to start a fire to keep warm and to cook.

That primitive fire centuries ago has given birth to what we now understand and class as solar or green energy. Advanced and development of green solar systems of today are quite different from a hundred years ago.

Modern day green energy history dates back as far as the mid 1800s when scientists and engineers began writing about how to turn light into energy. However, not much was done about actually putting these writings into practice until a French man named Auguste Mouchout, patented the first design to run a motor from solar energy.

In the 1870s a British man named Willoughby Smith began experimenting with what could be classed as the first solar cells. However, it was William Adams and his use of mirrors who really made a leap. He was able to power a steam engine of 2.5 horsepower and to this day, his ground breaking achievement, known as the Power Tower, is still used.

What we learn from our solar energy history, is that throughout, and despite the continued advancements with solar energy, solar energy never really took off in a big way. Despite government and even royal backing at various point through history, solar energy had many false starts. At one point, the price of coal dropped and the attention of the great and the good moved away from solar energy and back to non-renewable fuels. However it’s true to say that even as far back as the 1800s there were some who fully understood that our dependence on the non-renewable fossil fuels was an environmental bad idea and they kept on making advancements in utilizing solar energy.

In the 1950s Bell Labs made one of the big breakthroughs when they discovered that silicon was a great product that could be used as a conductor to create a chemical reaction when light and heat from the sun shone on it. Basically the solar cell was born. That discovery is the technology that we use today for creating what we know as solar panels.

Solar panels on the tops of roofs and wind turbins are now regular sights in some parts of the world. We have indeed come a long way but as solar energy history shows us, there is always more we can and will do to make use of the worlds biggest assets.

You deserve the benefits of Going Green So What exactly is is Green Power? We are hearing a lot concerning going green, green power energy, green power wind, and even green energy building lately. Do you want to do the right thing for the environment and your wallet? Green Power is the wave of the future. Don’t miss out! Learn all you can about this technology and get a piece of the action for yourself. Break free from the power companies NOW! http://www.squidoo.com/GreenPowerEnergyandWind