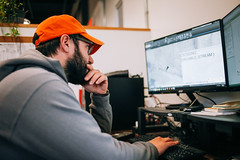 This paper Abstract: Solar Energy Thermal industry is in China for renewable Energy The status of the field, Huang Ming summarized as “seven best”, namely: the largest contribution, the greatest impact, the most practical, the highest penetration rate, the most advanced technology, input-output ratio the most, the Government and the lightest burden.

Days ago, a time when “The People’s Republic of China Renewable Energy Law “has just been implemented, by the China Energy Research Society, the China Renewable Energy Institute, and jointly organized by the China Renewable Energy Development Forum held in Beijing. NPC, Huang Ming Ming Huang, president of Solar Energy Group at the meeting called to speed up the development of solar energy heat utilization industry, has nine yards for the mountain was not to fall short. Huang Ming’s reminded by a number of experts in the attention and recognition. China’s solar thermal Professional Committee Luo Zhentao stressed that the Chinese solar thermal industry is entirely dependent market model developed, only the contribution of the government and society, there is no other industry, the many problems and burdens, as long as the state policy of support to fully with rapid growth, even growth of the national pillar industry conditions and foundation.

Solar thermal industry is in the field of renewable energy in China’s position, Huang Ming summarized as “seven best”, namely: the largest contribution, the greatest impact, the most practical, the highest penetration rate, the most advanced technology, input-output ratio most, the Government and the lightest burden.

Have complete independent intellectual property rights for core technologies, the Chinese year of the top solar thermal industry more than a decade abroad. According to the “World Renewable Energy,” Journal of Statistics, as of 2004, Europe, America, Japan and other developed countries to promote solar collector total volume of 12 million square meters. But only this year for the promotion of capacity in China reached 13 million square meters. China’s current total installed solar thermal holdings account for 76% of the global market, in absolute hegemony in the world. China’s solar industry leader in Wong that “something out of nothing,” China’s solar energy industry completely innovative technology, manufacturing, Marketing Management system, its market-oriented extension model, as competing countries in the world to learn from the model.

Solar thermal industry input-output ratio the most, a very broad space for development. By 2005, China’s total installed solar thermal capacity of 75 million square meters to maintain the equivalent electric power installed capacity of 6.4 million kilowatts, equivalent to two and a half Hydroelectric Station, the annual savings for the state 11 million tons of standard coal. The experts estimated that the use of solar thermal power generation unit equivalent to 512 degrees / square meter / year to Wong Ming products, for example, calculated by life of 15 years, the cost of solar thermal power equivalent to only 0.15 yuan / kWh, compared with PV low power several times lower than conventional energy generation costs about double.

, Though they have many advantages, but a mature modern industry, solar thermal industry has a long way to go. “The market is not equal to modern, not conclude that the use of solar heat is no longer need any support,” said Huang Ming. Many people are not really aware of solar thermal industry great contribution to society, industry advantages and prospects, resulting in insufficient attention and support efforts. Moreover, solar thermal industry itself, there are some problems, such as the scale of the industry at present only about 20 billion yuan in output value, but as many as 5,000 manufacturing enterprises, market disorder, degree does not focus on other brands.

I am an expert from China Computer Parts, usually analyzes all kind of industries situation, such as stainless steel outlet covers ,