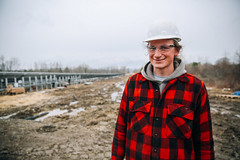 The traditional fossil fuels involve their burning for the production of energy. Alternative modes of energy are gaining substantial attention and popularity all across the globe for a variety of reasons. The alternative energy types are usually renewable, easy to use, cost-effective, and friendly to the environment. There are several types of alternative power available these days. Each mode has its peculiar advantages and disadvantages. However, sufficient development has been made in certain types of alternative energy — notably hydroelectricity, nuclear energy and solar power — to warrant the conclusion that the sovereignty of fossil fuels as the mainstay of humanity’s energy needs has little reason to continue indefinitely. This is all the more so because oil prices have maintained ca steady upward climb, and the consumption of fossil fuels is under the scanner for its believed detrimental effects on the environment.

Hydroelectricity accounts for about 90 percent of the global energy produced from renewable sources, as well as nearly 20 percent of the overall electricity produced worldwide. Hydel power stems from the force with which water falls. Dams are constructed to store water, which is directed to fall down from an enormous height to move turbines that generate electricity. This mode of alternative energy is among the most ancient, widely used and popular forms available. It has proven effective in meeting the energy requirements of huge populations at cheap rates.

Each With Its Own Paraphernalia

Alternative Energy forms are a motley category and include several different modes that vary markedly from one another. Hence, to discuss how these energy sources work, no general pattern can be outlines. Each energy source mandates its own set of principles and mode of functioning. However, we may well briefly study a few of these sources of power as follows.

Solar energy is a ubiquitous alternative energy form that can be tapped with the means of solar panels, solar calculators and photovoltaic cells. Solar energy finds applications in warming homes and in generating electricity. The solar technologies are categorized into active solar and passive solar, based on the mode adopted for the capture, conversion and distribution of sunlight. Active solar methods use photovoltaic panels and other mechanical gadgets to transform the sun’s rays into more productive forms. Passive solar modes pertain to orienting a building towards the sun or choosing substances with better properties of dispersing light.

Wind energy employs the force of the moving winds to move turbines that lead to the generation of electricity. This alternative energy form is best located in places that are characterized by gusty winds. Windmills are built for the purpose of exploiting the power of the winds. The technology involved is simple and can be replicated anywhere windy with success.

Nuclear energy may be either nuclear fission or nuclear fusion. The former involves splitting of the atom, while the latter deals with the merger of atoms. Nuclear fission has been plagued by safety concerns over the disposal of radioactive waste products that are detrimental to the environment and public health.

Tidal energy draws from the force of the tidal waves. The rise and ebb of the tides occur owing to a complex interplay among the gravitational forces of the sun, moon and earth. The tides are independent of the local weather and lend themselves to easy prediction. The waters are collected and led to mive turbines for the generation of electricity.

How Does Tidal Energy Work?
Alternative Sources Of Energy For Home Use
Comment