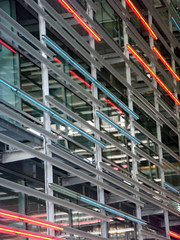 After recently reading a New York Times article, we started thinking about home panel solar politics. You see, although solar power is gaining popularity as a renewable energy solution for home, it will never become mainstream without the backing from the federal government.

A poll by the Nuclear Power Industry revealed that the number one choice for generating power was not from nuclear, coal or natural gas, but from solar energy. However, at the time the poll was taken solar only provided for about 0.01 percent of America’s power supply. Solar power is popular, but there’s not enough investment!

But when you look at countries like Germany and Japan, their government policies have increased solar power implementation beyond what was thought possible. With the support from government not only have the manufacturing costs decreased because of economies of scale, but solar technologies have also rapidly advanced.

We know government regulation is not very popular in America, where many of us believe our capitalists markets should be left alone. But according to Vinod Khosla, a partner at one of the world’s biggest venture capitalist firms – VC Firm and major investor in green technologies:

“…Market-driven improvements are not happening fast enough to put solar technology beyond much more than a boutique investment”.

We agree with Mr Khosla. Until the American solar industry gets backing from the federal government, our solar power costs and technology will always lag behind the rest of the world. And as long as that happens, solar power will never gain mass-market appeal in the US.

However, with the new change of government there are 3 distinct factors taking place that give us assurance that home panel solar power is about to take off in America.

1 – The new president-elect Obama and his administration is putting big coal and oil aside, and giving green technologies higher priority. Furthermore, their new laws will help limit the power and influence wealthy lobbyists have on new energy policies.

2 – Some states, such as California and Hawaii are not waiting for Washington to pass the new energy policies. Instead they are taking initiative. Governor Schwarzenegger’s “Million Roof” campaign will not only create a new industry, but also lower global warming and create thousands of jobs.

3 – And lastly, we, the home panel solar power users have the biggest role to play. All the energy policies and campaigns would be useless if the population did not embrace solar power at home. But, from the poll and what was said by Mr Khosla, that is not a problem. The America people are not only very interested in solar power, but are also supporting it with investment.

And although it can take years to pay off the solar power cost, people still invest. And when cost is a concern some are so interested in getting involved that they learn to make and install their own home panel solar power. So, let us continue moving towards solar and supporting the politicians and corporations who promote green technologies.

Tim McDonald and his wife have been living off the grid since June 2008. He recommends you Try Earth4Energy For FREE before you go out and start any home solar power project.