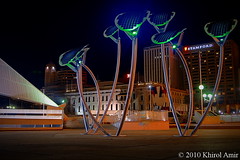 Most of our energy comes from burning fossil fuels, this creates a lot of pollution. The other problem with fossil fuels is that they are quickly running out, some experts have suggested that within 50 years our supplies of fossil fuels will of run out. That would cause huge problems for generating power and running vehicles. One of the best alternative methods of generating power so far is solar power.

Solar power is so good because it’s reliable, clean and doesn’t cause any pollution. These panels collect sunlight and convert the suns energy into electricity. This sunlight can be used in a number of different situations, be it factories or homes. Solar panels are suitable for commercial and private use.

Reasons Why We Need Solar Energy

We have been dependant on fossil fuels for over a hundred years and few people have stopped to consider what it’s doing to the environment. As a result we are now experiencing global warming and pollution. It’s only now that renewable forms of energy are being sought, and this is simply because the reserves are running out. Solar power is one of the most popular forms of alternative energy.

The sun is very powerful, just so you understand how powerful it is the energy which is provided by the sun for a single hour is enough to power the world’s electricity for a whole year. The sun is a fantastic and powerful resource which won’t run out for a very long time to come. These renewable forms of energy are vital to the future of the modern generation.

Solar power isn’t just for commercial use, Private homes can benefit from using solar power. Homeowners can utilize their roofs to capture energy to convert into electricity. This means that you don’t have to use any extra land as you already have some space available that you’re not using.

There are many different exciting applications for solar power. They are commonly seen on street lights, school crossing lights, and even traffic control systems. It’s possible to power large gates and doors using solar power which saves the need to dig trenches and install cables.

Many developing countries have also benefited from using solar power as it can be difficult to get power to these locations. Lots of companies are working to make solar power an even more viable alternative to fossil fuels.

Solar Power Vs Wind Power – Who Wins?
Why Solar Power is not Bad
Comment