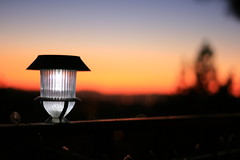 Only few years are left for the extinction of petroleum, diesel and coal in earth. Therefore, geologists and scientists are researching how to utilize the green energy power systems to generate electricity and fuel. Green energy power systems like wind energy, solar energy, biodiesel are some of the things with the help of which electricity is generated. Development of an efficient geothermal power station, and therefore, significant levels of electricity can only be generated in specific areas. One of the goals of green energy power systems is to take existing fossil fuel energy and to clean it up so it is produced more cleanly. Other such case is that of clean coal technology, where scientists are trying to find ways to extract energy from coal and other fossil fuels without any side effects.

For the last few years, much of the innovation around solar technology has been aimed at to generate electricity from sunlight. But a new crop of entrepreneurs is working to use the sun more efficiently by using light and its heat very well. For individual business, factories and even homes and as solar prices continue to fall and conventional electricity prices remain low, companies are looking for ways to outstand from the competition and to do more with less, such as boosting the value of solar power. There are two types of solar energy that is direct and indirect type of solar energy. Direct type solar energy is that energy that is generated directly from sunlight and indirect type in which plant utilize sun energy and convert into chemical energy including carbon. Solar power systems, also known as photovoltaic (PV) systems or solar electric systems that consist of solar cells those are interconnected to form solar modules or solar panels and solar arrays.

The terms “wind energy” or “wind power” is the process by which the wind is used to generate electricity or mechanical power. Wind turbines convert the kinetic energy in the wind into mechanical power and this mechanical power is used for specific tasks such as grinding grain or pumping water or a generator. This can convert this mechanical power into electricity to power homes, businesses, and schools. Wind power consumes no fuel, and emits no air pollution, unlike some fossil fuel power sources. The energy consumed to manufacture and transport the materials is used to build a wind power.
The production of electricity from geothermal energy sources can be a highly efficient method to generate a source of renewable and clean energy. There are only a handful of locations across the world that is capable of producing efficient and viable levels of electricity from geothermal energy sources. To harness geothermal energy and transform this into electricity, geothermal power stations are designed in versatile manner. The three main designs of power plant that utilize geothermal as an energy source are; “dry steam”, “flash steam”, and “binary-cycle” power stations. These types of green energy power systems prevent earth from global warming and maintain ecological balance.