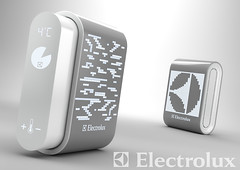 The solar panels functions with the help of sunlight to generate electricity through the photovoltaic effect. When light is absorbed by a semiconductor such as silicon then electrons within the material increases its energy. This increased energy causes the electrons to move within the material. However, there must be charge carriers in order for the electrons to move in a preferred direction to produce an electrical current. Charge carriers are created by doping the semiconductor, which means adding small amounts of impurities to change the material’s electrical properties.

Solar cells become less efficient at higher temperatures and so it is desirable to minimize heat in the panels. Very few solar panel modules incorporate any design features to decrease temperature, but installers try to provide good ventilation behind these panels. Silicon is an element with four valence electrons and this means that when a silicon atom bonds with other silicon atoms, they complete their valence shells by sharing all four electrons. Doping silicon involves adding small amounts of a material with three valence electrons or a material along with five valence electrons. By adding a small amount of aluminum, for example, an atom with three valence electrons and covalent bonding of the aluminum to silicon creates ‘holes’. A ‘hole’ is the absence of an electron where there would normally be one if there was no impurity bonded to silicon, which results in a positive type silicon semiconductor. Adding a small amount of an atom with five valence electrons, such as antimony causes an effect that is opposite. Once antimony is bonded to other silicon atoms, there will be an extra electron that is loosely bound to antimony that will result in a negative type silicon semiconductor. Introduction of a voltage to either type of semiconductor causes current to move in a direction that is preferred.