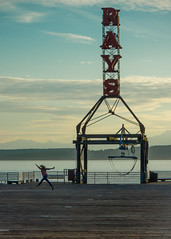 Cities and large companies are looking for ways to buy electricity that is cost effective, clean and energy efficient. One of the brightest new technologies in the area of utility scale solar power is known as concentrated solar power. Also known simply as CPV, or concentrated photovoltaic, it is currently being used in select regions of the world in order to generate enough power for corporations and towns to run the myriad electrical appliances needed for business to operate.

The energy produced comes from photovoltaic cells, which have been expanded from the cells used to power hot water heaters and small appliances to sizable solar arrays that can produce large amounts of megawatts of electrical energy.

CPV utilizes specialized optics, tracking and junctions to greatly increase the efficiency of the photovoltaic cells used in large-scale solar arrays. It all starts, however, with a basic PV solar cell. These cells use silicon or another type of semiconductor material to capture the light that comes from the sun and convert it into energy. The light, once in the semiconductor, turns into freely moving electrons, to which an electrical field is applied in order to create electrical current. This current is extracted from the solar cell through the use of metal contacts at both the top and bottom of the cell.

One way that leaders in concentrated solar power technologies have improved the efficiency of their solar cell systems is with Fresnel lenses, which magnify natural sunlight that hits the semiconductor material up to five hundred times. Another increase in efficiency occurs when the system is designed to follow the sun.

Many traditional solar systems are stationary, so when the sun moves throughout the course of a day, at times the solar array is not in position to receive sunlight. This is greatly eliminated with tracking components, which help the surface of the solar array to remain in contact with the sunlight for as long as possible. The connections between individual solar cells creates a solar panel, and outstanding advances in solar technology have led some manufacturers to create multijunction solar cells, which utilize more than one semiconductor material in order to greatly expand the solar cell’s capability in terms of sunlight capture and therefore energy output.

With all of these advances to CPV, it will not be long before cities throughout the United States and the world will be able to bring electricity to all who rely upon it.