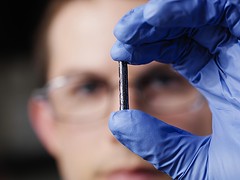 New Energy The title is a very interesting thing, a lot of new energy sources of its energy is commonplace, the “new” only refers to the use of the method is new addition to the traditional energy sources such as outside the solar, wind, hydro, biomass, ground thermal energy, ocean energy, etc.. Passed in 2009, we have seen, new energy industry Financial Storms are still maintained a high growth rate under; and into 2010, then to the public from the government to the manufacturer, the whole society’s enthusiasm for new energy seems high, Semiconductor Industry is also deeply concerned about the new energy development brings new opportunities.

Warmed by the sun new energy market
President Hu Jintao last September at the United Nations summit on climate change, has said that for 2020, the Chinese “non-fossil energy sources,” the proportion of total primary energy consumption up to 15%. Reported in the “New Energy and Industrial revitalization development plan (draft)” pointed out: “By 2020, new energy, electricity generation accounted for the proportion of the total installed capacity of 15%, of which solar power installed capacity in 2011, 2020, respectively 200 million kilowatts and 2,000 kilowatts. Notably, solar power installed capacity target in 2020 made before the plan than the national target has been increased by 9 times. “extension 0 market research firm predicted solar power by 2010 demand will reach 620 million U.S. dollars , up to 138.5% of the annual growth rate may also see its potential.

Broad market-driven companies desperately reduce the cost of solar power, the most simple way is to improve the photoelectric conversion efficiency of solar cells. But solar energy conversion efficiency to achieve commercial production of most is not more than 20%, although with considerable room for improvement, but subject to limitations based materials to enhance the progress of its very slow. Look at the core of the application of AC power generation sectors: solar panels, solar charge controllers, batteries and inverter, we found the opportunity to leave the semiconductor manufacturer focused on charging and inverter link.

1. Solar Charger: cost reduction, access to consumer markets
Solar charger has appeared consumer market. Recalling the emergence of some 2009 products, including price of 70 dollars Novothink company to obtain authorization iPodtouch and Apple iPhone solar charger “Surge”, built-in battery capacity is 1500mAh, the charging two hours later, in 3G Networks offers 30 minutes of talk time, under the 2G network for 60 minutes of talk time. There are many other similar products, such as iCharge is a compact and portable multi-function solar charger, can be 3 ways to charge storage; Energizer battery charger solar panels can turn folded to provide a USB charging interfaces, including two AA rechargeable battery charger, including price at 50 dollars or less; a number of China-made mobile phones through the USB interface to, PSP game consoles, portable solar charger charge concentrated in the 200 to 500 dollars.

Solar chargers into the consumer market with a low cost, semiconductor companies contributed to the charge for the solar IC Efficiency, reliability, stability and other aspects innovation. Linear Technology Corporation (LTC) for solar power monolithic buck Battery Charger ICLT3652 on the use of an innovative input voltage regulation loop, the loop responsible for controlling the charge current to the input voltage is maintained at a level of programming on. When the LT3652 is connected to a solar panel, enter the adjustment loop panels will keep the peak output power. LT3652 acceptable 4.95V to 32V wide input range and has a 40V absolute maximum rating in order to increase the system margin. Input voltage regulation loop also allows the use of non-performing Power Supply Circumstances (in this case, the input over-current conditions may crash) to achieve optimal charge.

Basic type of charge controller designed to protect the battery from overcharging or less filling effect, and to prevent reverse current. Pulse-width modulation (PWM)-type controller will control the electricity to charge the battery, and can realize the trickle charge, to protect and extend battery life. Support the maximum peak power tracking (MPPT) controller can function in the changing solar V / I characteristic curve to provide compensation to optimize the solar cell power output, energy efficiency, and to charge the battery to optimize power consumption. Semiconductor solar panels for battery charging control application solutions, the core using CS51221 Enhanced PWM voltage mode controller supports the maximum peak power tracking, input voltage 12 to 24V, output current 12V @ 2A And to provide adjustable by pulse current limiting, input undervoltage lockout, and output over-voltage lockout and other protection. The controller provides auxiliary inputs for remote transmission and control; to adapt to power up to 90W of solar panel application.

Solar system wide application needs to use more inverter, which for many in the power IC and Components Vendor offers great opportunities. iSuppli expects the global 2012 inverter for solar energy systems from 2008, when shipments of 723,329 were up to 9.5 million, as shown in Figure 1.

The Cars Which Run By Energy Of Sun
What is a Green Energy Home?
Comment